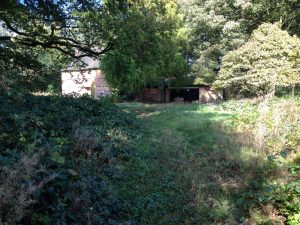 A CONTROVERSIAL plan to demolish one house and build five in its place in an Altrincham conservation area was approved at the end of last week.
An application for the site at the end of Groby Place, which is in the Old Market Place Conservation Area, was submitted to the council last December.
It proposed to demolish one, derelict, 20th-century house and build five houses on the site, in the form of one manor containing three houses (‘The Main House’), plus two semi-detached houses (‘The Villas’).
Some 15 residents, as well as organisations including Altrincham and Bowdon Civic Society, Friends of John Leigh Park and Loreto Preparatory School, have all opposed the application since its submission.
Reasons for their opposition include harm to the conservation area and John Leigh Park, overdevelopment of the site and traffic at the junction between Groby Place and Dunham Road, which is also the entrance to Loreto Preparatory School.
Speaking on behalf of residents at a meeting of the planning committee on October 14, planning consultant Jonathan Vose summarised their reasoning.
He said: “The delivery of five new dwellings will detract from the site’s open and verdant character and the positive contribution the site is acknowledged to make to the Old Market Place Conservation Area.”
Mr Vose also said traffic was ‘a huge concern’, citing information from a website called CrashMap, which shows six incidents – two of them fatal – within 200 metres of the junction between Groby Place and Dunham road in the last six years.
Despite the opposition, the planning committee was unanimous in its support for the application.
Although concerned about the state of traffic, councillors agreed five houses would make minimal difference.
And Cllr Daniel Bunting, of St Mary’s Ward, was keen to stress the positive impact on the conservation area.
He said: “This is a good design. I am very much in favour of this.
“If anything, I think this is going to enhance and improve the site.
“This is a good and positive contribution to the conservation area.”
After agreement from several other councillors and a vote, the application was approved, in line with the planning officer’s recommendation.
Source: Messenger Newspapers
_______________________________________________________________ 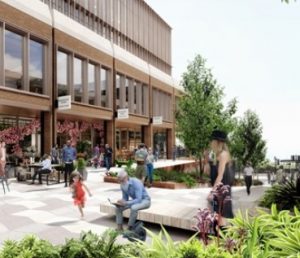 Trafford Council is teaming up with the developer Bruntwood to turn the Rackhams Building into a retail, leisure and workspace hub.
The building was previously a House of Fraser department store.
A public consultation has been launched for the scheme. If plans go through, this will mark the first time Bruntwood Works has had a Pioneer building in the Manchester suburbs.
Bruntwood Works and Trafford Council will be hosting a drop-in session
from noon to 4pm on 18 August at the Not So Secret Garden at Stamford Square to discuss the proposals.
For more information click on the following link:
https://www.stamfordquarter.com/masterplan/phase-one/

In December 2020 Stockport Council withdrew from the process and the plan continued as a joint development plan
of the nine other Districts in Greater Manchester, this is now known as ‘Places for Everyone’.

Trafford recently held a public consultation in relation to their draft Trafford Local Plan (Regulation 18), which designates land for specific uses
and identifies opportunities for development and protection, with a vision for what type of place Trafford will be in the future.
This closed on 18th March 2021.
Trafford Council maintains a database of consultees who wish to be kept informed about planning policy matters.
If you wish to be informed of future consultations on planning policy by email, please email:
Jonathan Pannell, Strategic Planning Officer
Strategic Growth Services
Economic Growth, Environment and Infrastructure
Trafford Council | Trafford Town Hall, Talbot Road, Manchester M32 0TH
Jonathan.Pannell@trafford.gov.uk
Planning Enquiry Line: 0161 912 3149

We understand from our colleagues at Bowdon Conservation Group, that Bowdon Bowling and Lawn Tennis Club is keen to rebuild or refurbish their

clubhouse and add a significant extension onto it, almost doubling its size. The project will be costly and the club is considering a number of alternative ways of funding it. One of these is the sale of part of their land which borders the Enville Road end of St. Mary’s Road.
A developer has expressed interest in buying this land and building two houses on it.
The development of this land would represent a major loss of open space and further intensification of the development of this area of Bowdon. For the club, the land sale would mean loss of the tennis court which currently occupies part of the site to be sold. It is not at all clear how the lost court could be replaced or relocated by the club without the loss of further green space and detriment to the area.
The Bowdon Conservation Group opposes this intensification of development, which will damage the Conservation Area, and urges club members to consider alternative means of funding work to the clubhouse and to reject any proposal to sell land for development.

BORIS Johnson will unleash a series of controversial planning reforms in the early new year, in a bid to turbocharge home building and solve Britain’s housing shortage. The rapid assault, expected as early as January, was revealed by the PM’s most senior advisor Mr Dominic Cummings in a briefing to all ministerial aides in No10 on 16th June.

Changes planned include:
• Allowing developers and homeowners to build upwards, adding up to two extra storeys on homes and blocks of flats without necessarily needing approval.

• Building on greenbelt areas where there are already developments, such as around railway stations.

• A new system of rebates to rapidly speed up the green light to build from councils is also being plotted. Under it, applicants will get their fees repaid in full if local authorities don’t meet tight deadlines.

• Scrapping a regulation that forces builders to apply for permission if they want to demolish a commercial property and replace it with homes. A green paper from the Institute of Civil Engineers to transfer office space to housing rapidly.

The substantial overhaul is designed to deliver on independent estimates that Britain must build 300,000 new homes a year to solve the nation’s housing shortage.

Let us know if you spot any unusual activity in your area that might involve planning.  If you do or have any other views on this, please contact us through the website contact page.

Trafford MBC is to review their Green Space Strategy as it is now ten years old. The review will cover all aspects of green space including parks, recreation space, children’s play space, public health, biodiversity, and climate change.
The Altrincham & Bowdon Civic Society will be making a contribution to the revision to ensure no green space is lost and what we currently have is enhanced and complimented. If you would like to be involved then either contact the Civic Society or Trafford direct. Trafford have already said they want the review and rewrite to have as much public involvement as possible.
The loss of Green Belt land within the Trafford boundary is outside the scope of this review except where it might impinge on recreation space.
The 2009 Strategy document can be found here https://www.trafford.gov.uk/planning/strategic-planning/docs/trafford-greenspace-strategy-january-2010.pdf

For the latest Trafford B C planning lists,  CLICK HERE

ACCESS THE TRAFFORD PLANNING DATABASE BY CLICKING ON THE LINK BELOW